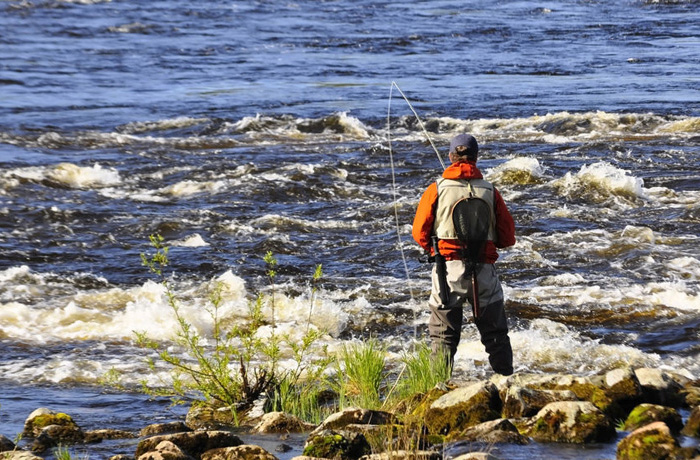 O’Shaughnessy Bairead Solicitors represented Waterville Fisheries Development Limited (Waterville), in a Judicial Review (JR), proceedings in the High Court in 2013/2014. These proceedings challenged the Aquaculture Licensing Appeals Board (ALAB), and the Minister for Agriculture Food and the Marine (the Minister), in relation to an intensive salmon farm licensing decision which had been made in 2012.

The issues in this case were dealt with in 3 modules during 2014, by Mr. Justice Hogan, prior to his appointment to the Court of Appeal, towards the end of 2014.

A preliminary matter which arose was the failure to serve, within a specified time period, prospective Notice Parties who had previously appealed the Minister’s original licence decision to ALAB.  These prospective Notice Parties were put on notice of the proceedings subsequent to the expiry of the specified time period.  However they evinced no inclination whatsoever to participate in the JR proceedings and Mr Justice Hogan held that the non-service of such parties within the notice period was not an impediment to the substantive JR application being heard.  The Notice Party with the greater interest in the proceedings, Silver King Seafoods Limited/Marine Harvest Ireland, being the operator of the fish farm, was duly served within the permitted time period and this appeared to satisfy the Court’s concerns.  This aspect was determined in the first judgment of Mr Justice Hogan delivered on 8 April 2014, [2014] IEHC 248.

He referred to the lack of ‘substantial grounds’ and absence of a ‘conflict of fact’ . . .  ‘such as to render the substantive decision invalid’.   In these circumstances the original licence decision was allowed to stand.  This decision is set out in the 2nd judgment of Mr. Justice Hogan delivered on 25 July 2014, [2014] IEHC 381.

The 3rd module of the proceedings dealt with the rather unique protective costs provisions applicable in relation to environmental impact assessment cases which are provided for pursuant to Article 11 of the Environmental Impact Assessment Directive 2011, 2011/92/EU, (deriving from Directive 85/337/EEC of 27 June 1985), the Directive .

These costs provisions provide individuals, community groups, and others with protections from onerous costs orders where they litigate proceedings relating to ‘bona fide’ environmental impact assessment grounds or issues.  These provisions were partially transposed into Irish Law in respect of the Planning Code generally, but not in relation to the fish farm licensing code, as governed by the statutory scheme provided for in the Fisheries (Amendment) Act 1997.  At para. 20 of his judgment of November 7th 2014, Mr. Justice Hogan held that;

“Intensive fish faming is one of the projects listed in Annex 1(f) as coming within the scope of Article 4(2). If, therefore, it were to be contended that a project involving intensive fish farming had been embarked upon without compliance with the appropriate environmental impact assessment, then any judicial review proceedings arising therefrom would benefit from the provisions of Article 11(4) and the consequential requirement that any such application be not prohibitively expensive”.

In the circumstances he held that the Waterville application did not disclose a sufficient nexus to an environmental impact assessment issue to benefit from the provisions of the Directive.

However, it seems clear that future proceedings in relation the licensing of intensive fish farming,  alleging that projects ‘had been embarked upon without compliance with the appropriate environmental impact assessment’ would come within the protective costs provisions of the Directive.

All decisions referred to may be found on the Courts website;  www.courts.ie.